November 15, 2014
Nature is chiral exemplified by the fact that molecules of living organisms (both plants and animals) such as amino acids, peptides, proteins, enzymes, carbohydrates and nucleic acids are chiral. However, not only these biomolecules are chiral but also many other molecules we find on a daily basis are chiral. Most of these molecules are artificial coming from the human activity who synthesized these compounds in order to be used as agrochemicals, or pharmaceuticals just only to cite two relevant applications. 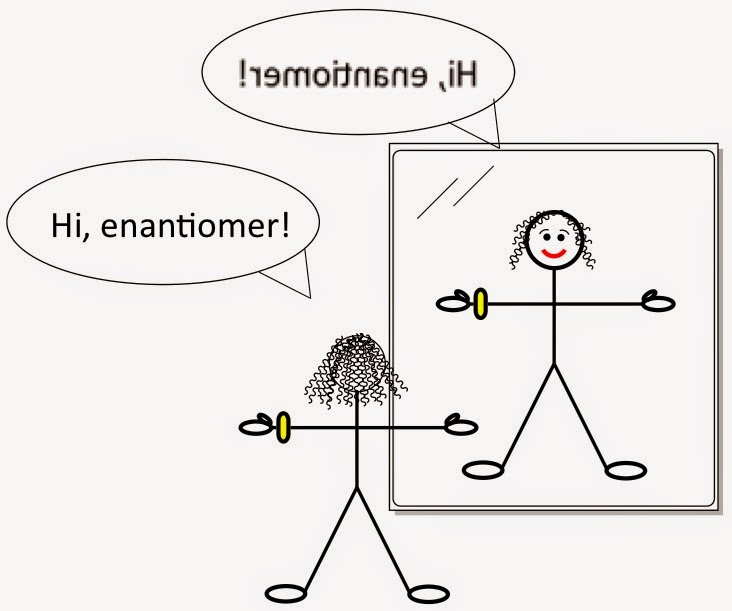 Independently of its origin (natural or artificial) these chiral molecules (namely, their enantiomers) may have different biological activity. This can be illustrated by means of the following examples:

Chirality also plays a role on odorants such as (4S)-(+)-carvone, which has a distinct caraway odour, as compared to (4R)-(-)-carvone which has a characteristically sweet spearmint odour. Again our nasal receptors let us to allow us to distinguish the difference in smell.

These two odorants possess different odours due to the role of chirality on bioactivity, in this case a different 3-D fit on an odour receptor and/or on different odour receptors. Although the role of chirality in odour perception is still a rather modern area of interest, it should be noted that more than 285 enantiomeric pairs (570 enantiomers) are known to exhibit either differing odours or odour intensities.

Insects use chiral chemical messengers (called pheromones) as sex attractants. Similarly to odorants, in the case of insect pheromones chirality can influence the degree of attractiveness of the insect. (S)-Olean is the female-attracting sex pheromone of the olive fruit fly (Bactrocera oleae Gmelin). On the other hand, the (R)-enantiomer attracts males of the species.

The same principals are important for herbicides and pesticides containing chiral molecules. For example, the (R)-(+)-enantiomer of the herbicide dichlorprop is the active enantiomer in killing the weeds, while the (S)-(-)-enantiomer is inactive as an herbicide.

Thus, biology is very sensitive to chirality and the activity of pharmaceuticals depends on which enantiomer is used. Most drugs consist of chiral molecules. And since a drug must match the receptor in the cell, it is often only one of the enantiomers that is of interest.
One of the earliest known uses of a chiral compound to cure a disease is the case of Quinine (and other Cinchona alkaloids). These compounds possess anti-malarial properties and were used as a medicine since the XVII century. Cinchona extracts and quinine are also used in tonic waters, which were popularized in the British colonies as both a malaria prophylactic and for enjoyment in the form of a “Gin & Tonic”. Tonic water is now one of the largest industrial uses of quinine. 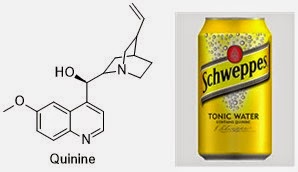 Another early use of a chiral compound to cure a disease is the case of Vitamin C (albeit from foodstuffs). Natural Vitamin C (chemically named (+)-ascorbic acid) has anti-scurvy activity and shows strong anti-oxidant properties.

Since the two enantiomers of a chiral molecule often have very different effects on cells, it is important to be able to produce each of the two forms pure. These are key processes in modern chemistry and is particularly important in the field of pharmaceuticals.
chirality natural compounds pharmaceuticals 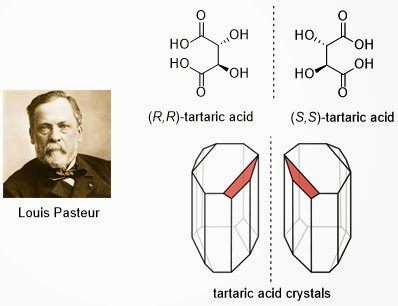